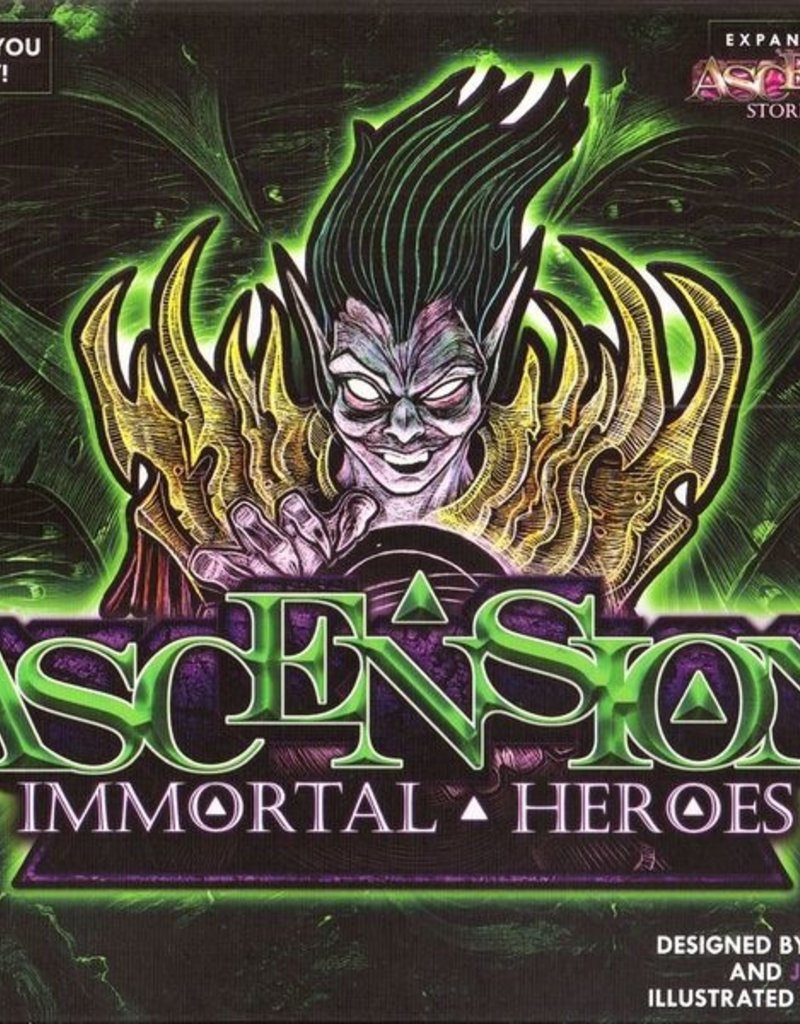 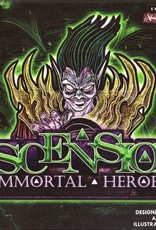 Ascension: Immortal Heroes is both a supplement to Gary Games' full-sized expansion/stand-alone game Ascension: Storm of Souls as well as a stand-alone two-player game in its own right.

As the second set in the series, Ascension: Immortal Heroes completes the Storm of Souls story arc, with players trying to wield the power of past heroes with new Soul Gem cards – representing the trapped souls of heroes from the past – to stop the rebel godling Kythis from fueling his mad ascent to godhood.

As with other Ascension titles, Immortal Heroes is a deck-building game in which players acquire cards from a central pool to add to their decks for use later; at the same time, they also combat creatures and other things that show up in that shared space. Both cards acquired and creatures defeated earn a player points. 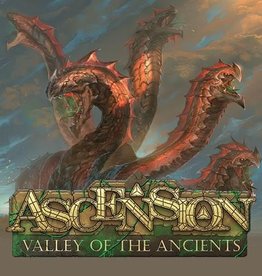 Ascension is a deck-building game in which players spend Runes to acquire more powerful cards for their deck. It offers a dynamic play experience where players have to react and adjust their strategy accordingly.
Add to cart
Ascension: Valley of the Ancients
$39.99 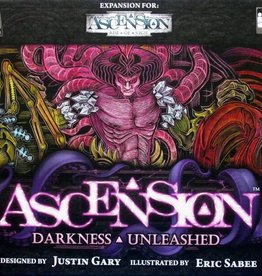