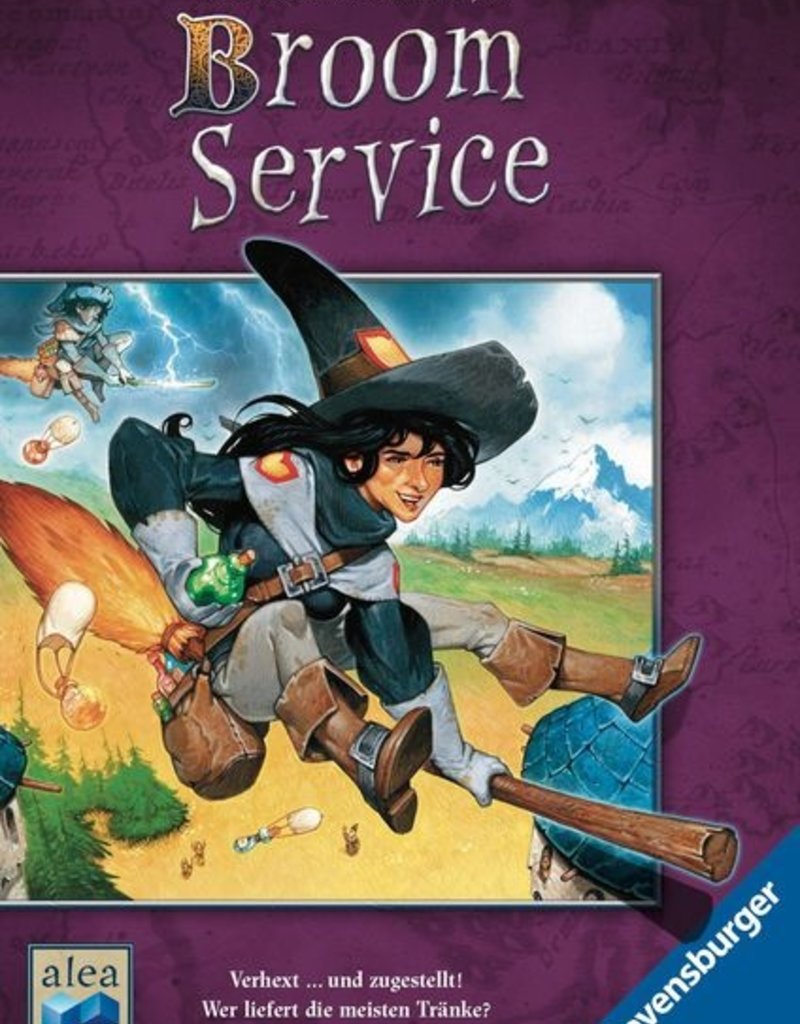 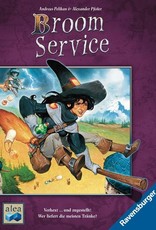 Score the most victory points by delivering potions via Broom Service throughout the magical realm.

Broom Service is a card-based game that combines luck and skill and balances timely bluffing with clever hand management.

The game is played over 7 rounds, with 4 turns per round. Each round, players simultaneously select 4 of their 10 role cards, and then they take turns playing one role at a time. Each role has a brave action and a cowardly action; the brave action is stronger, but riskier, as another player could steal the action from you later; the cowardly action is safer, but not as robust. How well can you bluff your opponents?