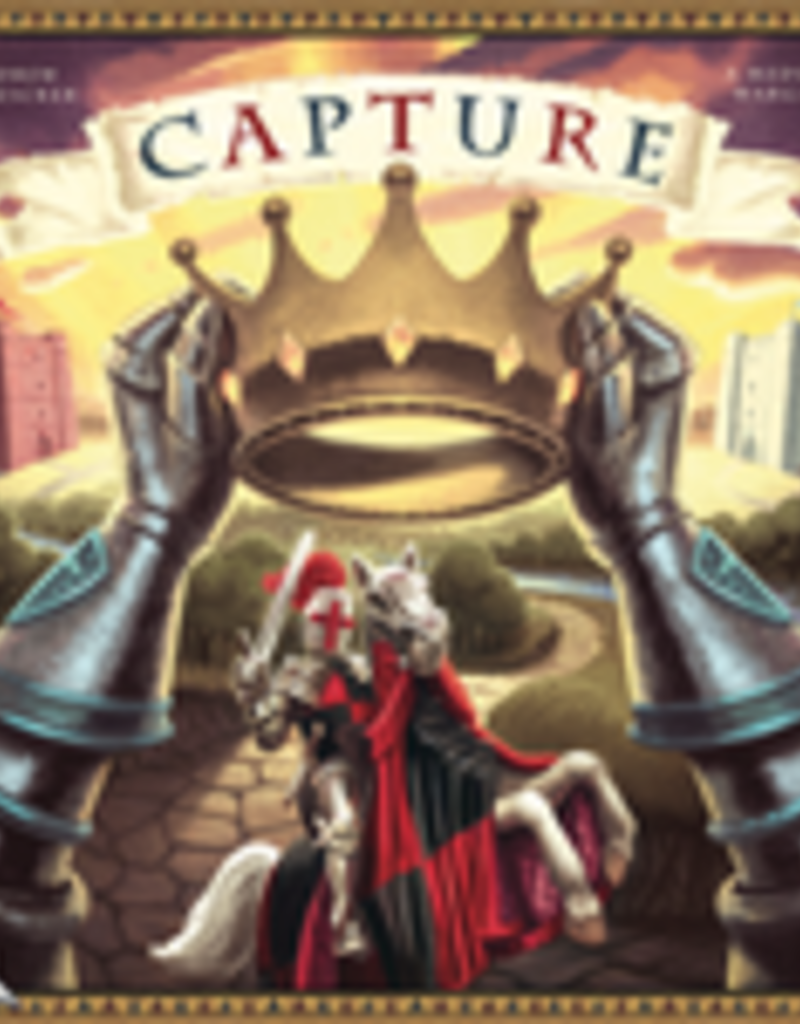 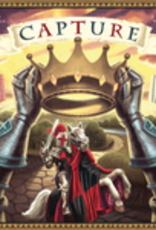 Capture: A Medieval Wargame is a game in which players use armies made up of Knights and Soldiers in an attempt to locate and capture one of the enemy crowns in enemy territory and safely return the crown to their home.

Gameplay is in the style of "Capture The Flag" as you roll your dice to send your soldiers into the enemy's territory while also claiming cards from a deck that will hopefully give you the edge. Should you manage to steal an enemy crown, you'll race to return it to your own side of the board while also protecting your own, but watch out for the opposition forces that will swarm around you...

Capture also comes with a unique element, adding a need for dexterity as well as strategy. Each game comes with a pair of catapults that allow you to fling boulders at the opposition forces, should you have the card that allows you to do so. Knocking out a soldier will send them home, but it's not just the enemy that's under threat - should your own forces get hit, you'll have to send them back as well!