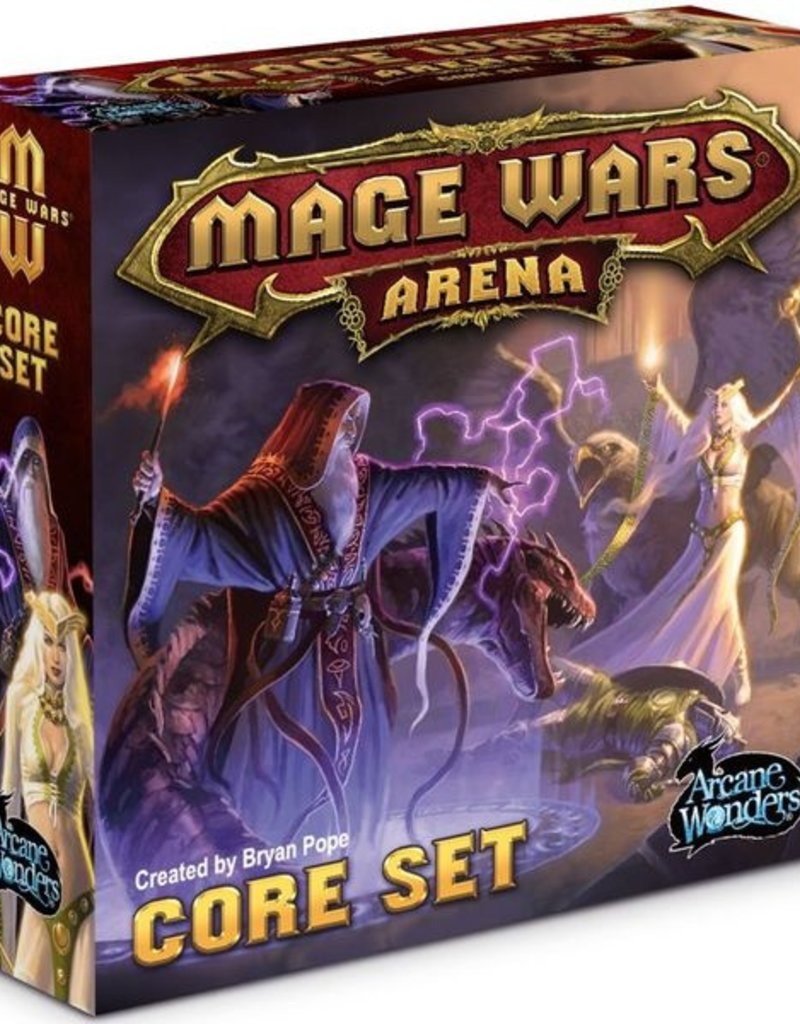 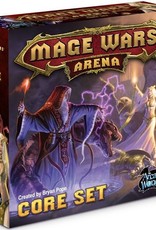 What would it be like for Mages of vastly different schools and philosophies of magic to come together in an arena and fight to the death? How would an Illusionist battle a Druid? Or a Warlock fight a Beastmaster? Or a Priestess fare against a Wizard?

Mage Wars Arena pits powerful Mages against each other in deadly arena combat. Each Mage uses his own fully-customizable book of spells to achieve total victory over his opponent. Summon mighty creatures to do battle in your name; cast powerful spells to attack your foe and thwart his every plan and strategy; use hidden enchantments to turn the tables and rule the day; adorn yourself with mighty weapons, armor, and arcane artifacts – all of this and more await you in the arena of Mage Wars!