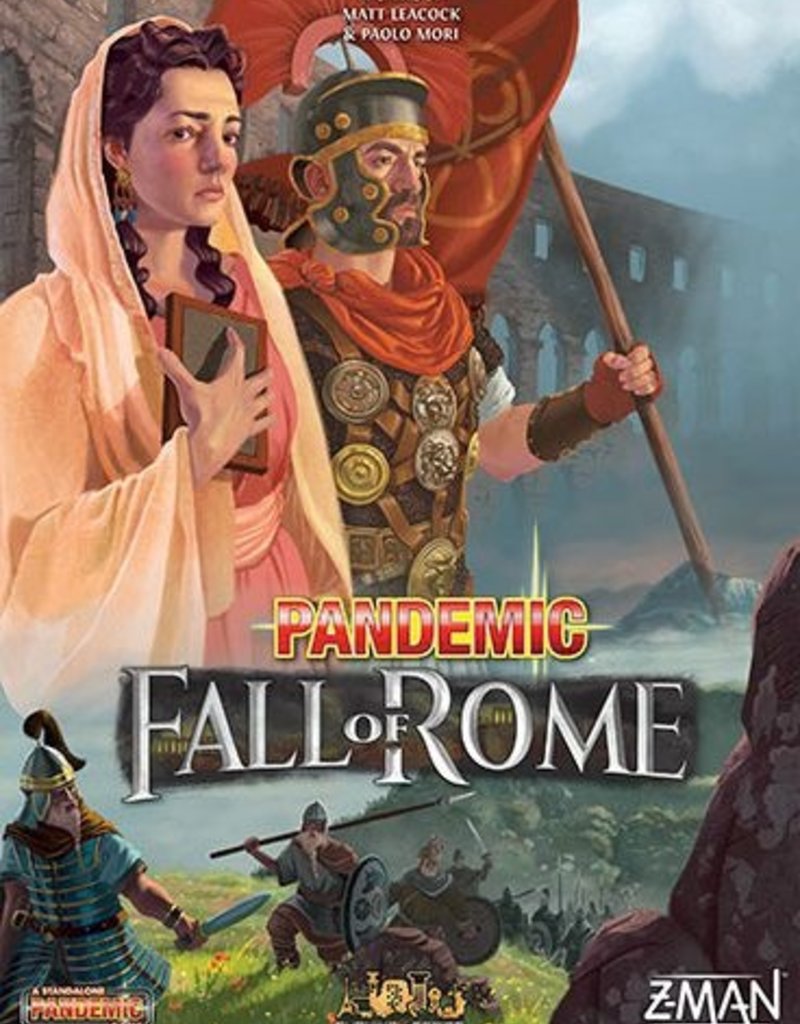 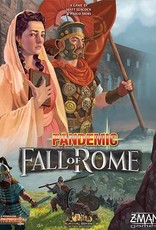 At the height of its power, the Roman Empire held more than two million square miles of territory containing over a hundred million people. Throughout the centuries of its existence, the Empire brought major advancements in engineering, architecture, science, art, and literature. By the beginning of the 5th Century, decades of political corruption, economic crisis, and an overburdened military had exacted a severe toll on the stability of the Empire. This paved the way for severe incursions from aggressive barbarian tribes, leading to a decline from which Rome would not recover. Now citizens, soldiers, and allies of Rome must unite to protect the Empire.

Pandemic: Fall of Rome includes a solitaire mode in which the player takes on the burden of being the Emperor and commands three different roles to try to protect the city from the invading hordes. Players who want a more difficult game can try the "Roma Caput Mundi" challenge by adding more Revolt cards to the deck; they must also respect the law in Rome that Roman legions are not allowed in the city. 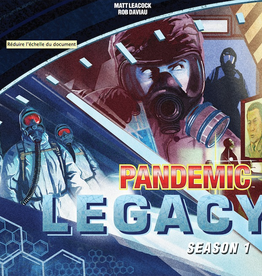 Pandemic Legacy is a co-operative campaign game, with an overarching story-arc played through 12-24 sessions, depending on how well your group does at the game. At the beginning, the game starts very similar to basic Pandemic, in which your team of diseas
Add to cart
Pandemic: Legacy Season 1 - Blue
$69.99 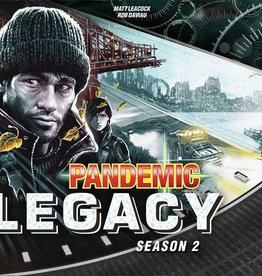 The world almost ended 71 years ago...

The plague came out of nowhere and ravaged the world. Most died within a week. Nothing could stop it. The world did its best. It wasn't good enough.

For three generations, we, the last fragments of humanity hav
Add to cart
Pandemic Legacy: Season 2 (Black)
$79.99