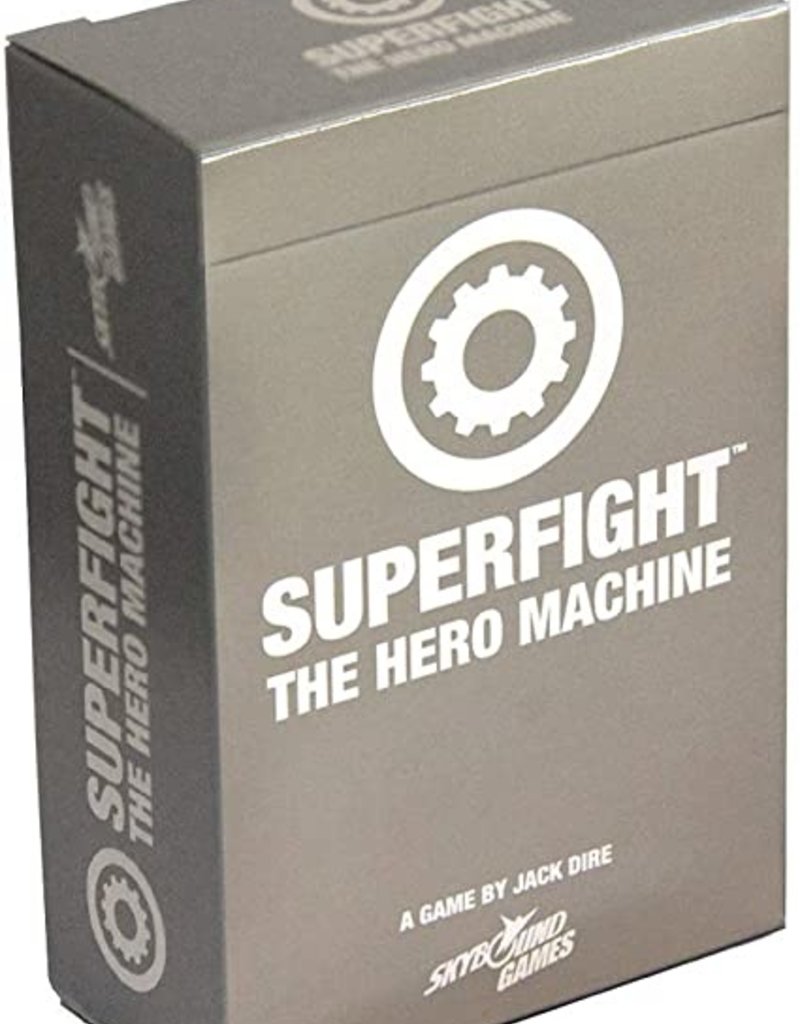 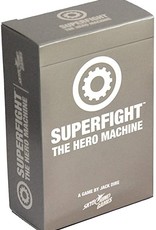 Superfight: The Hero Machine Deck — an expansion for the Superfight party game in which players pit unusual characters with superpowers and superweaknesses against one another — adds one hundred new cards to your Superfight game that take your available characters in a whole new direction. The cards are split into three decks. Each deck contains words that combine to create a character. When a player plays a "TO THE HERO MACHINE" card, he or she chooses one card from each Hero Machine deck.

Players choose one card from each deck, and place them in order to generate combinations such as "Flying Girlfriend Army", "Giant Zombie Babies", and "Retired Dino Love Triangle". This is a powerful and very funny deck, and will add thousands of possible characters to your game. 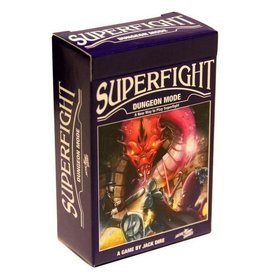 Welcome to a brand new type of Superfight Expansion! Work as a team to argue your way through the most deadly series of traps and pitfalls you and your friends can imagine, but remember... only one hero can make it out alive!
Add to cart
Superfight: Dungeon Mode
$14.99 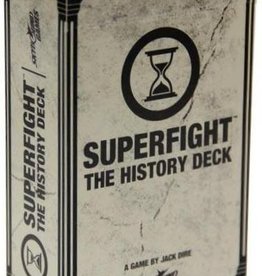 From Alexander Hamilton and Harriet Tubman to Vlad the Impaler, the greatest heroes and villains from human history are ready to fight in this 100-card Superfight expansion. So get ready for the most absurd historical debates you've ever had!
Add to cart
Superfight: The History Deck
$14.99 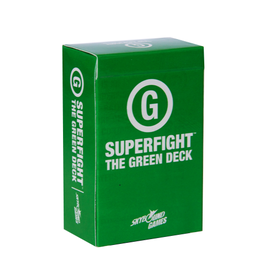